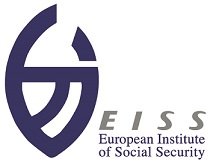 The EISS endeavours to bring together specialists in the field of social security from different national and professional backgrounds through its network and activities.

The Institute aims to promote the comparative study of social security.

The EISS invests in training and education of professionals, students, researchers, doctoral students and others interested in the field of social security.

The EISS promotes a comparative, multi-national and multi-disciplinary approach to social security.

The Institute is involved in research for international, European and national (private and public) organisations.

It organises a yearly conference to discuss recent topics in the area of social security.

Further ad hoc seminars, study days and workshops are offered on initiative of the EISS Secretary General or the EISS national sections or members. All initiatives of the Institute are open to members as well as non-members.

The Institute comprises of individual and associated members. All members combined form the General Assembly, which has full powers to realize the objectives of the institute.

Members can organize themselves in national sections and/or working groups.

The Bureau of the Institute which determines the detailed programme of the conferences and publications is composed of the representatives of the active national sections and working groups.

The Presidium takes care of the day-to-day management of the EISS and is supported by the EISS Secretariat. The Presidium consists of the president, four vice-presidents and the secretary-general. It is the bureau which defines the competencies of this small executive board.

The budget of the EISS, which is a non-profit organization, consists of membership fees, subsidies and the income resulting from research projects. Every year, the bureau determines the budget. It also submits the accounts to the General Assembly.

Your source for training, education, research, and networking on social security and social protection in Europe 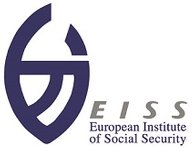